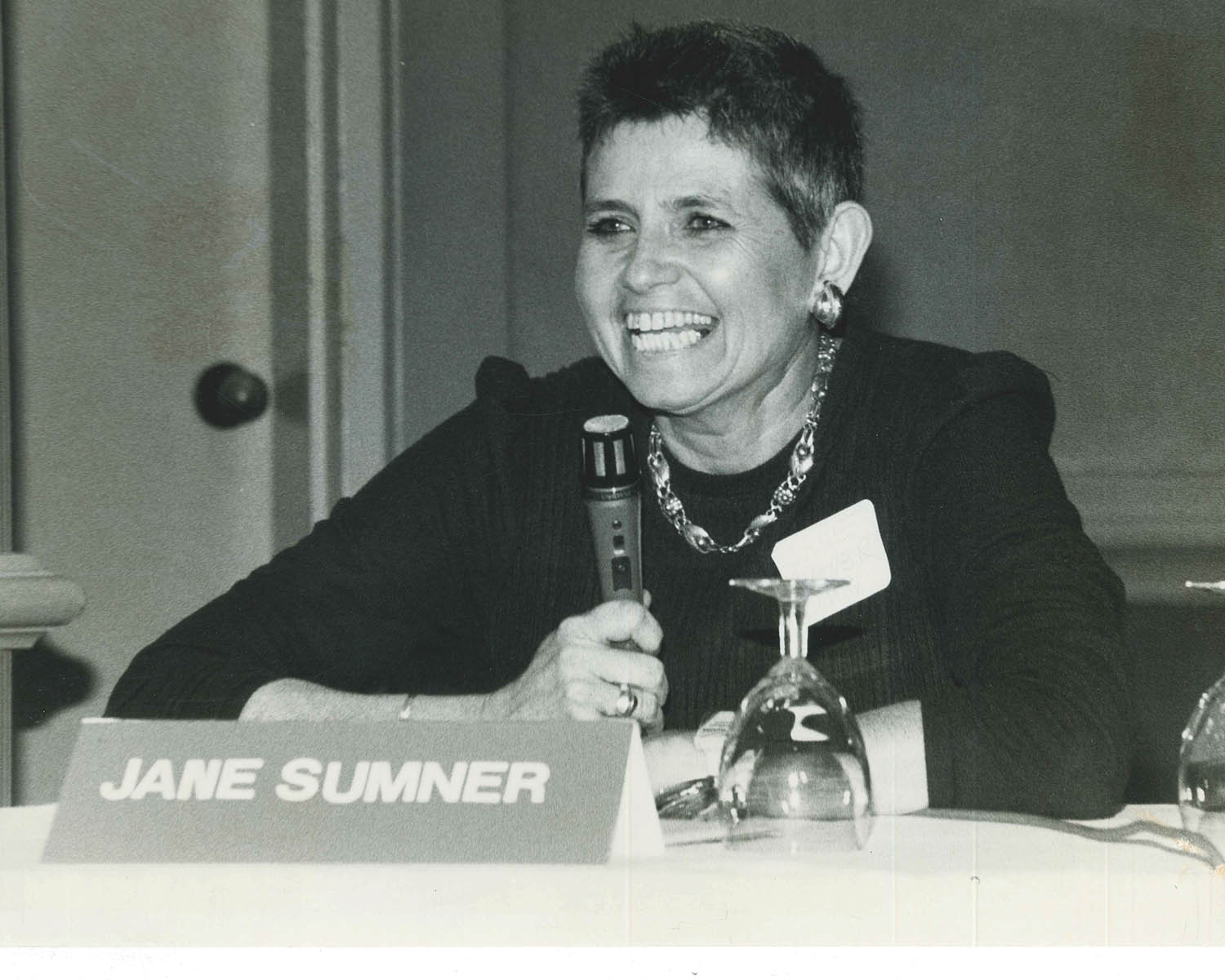 Jane Sumner,  an award-winning film journalist for The Dallas Morning News, has interviewed directors, producers, writers, book authors, and the former Governor of Texas, Ann Richards. Through the years, she’s kept her roughly-recorded microcassettes and has now donated them along with her archive of article drafts, awards, and interview transcripts to The Wittliff.

There are many interesting interviews in Sumner’s archive, including interviews with the actors, director, writers, producers, and the real-life people who were the subjects of the film Friday Night Lights. In an interview with director Peter Berg and novelist Buzz Bissinger, we learn about the director’s thoughts and his vision for the film. For example, we learn how he wanted the film to look like a documentary. He explains details about everything from the music to the set. Bissinger says that he wanted to write what he saw in that small town in Texas and how much they were obsessed with football. (Time: 30:31) He wanted to document everything, including the racism, and he wanted to use the backstory to personalize the players and their struggles.

Listen to audio of the Berg/Bissinger interview here.

There is also a lenghty interview with Bill Wittliff, the founder of The Wittliff Collections. He explains how he started the collections and how he wanted it to be focused on the culture of Texas and the Southwest. He also talks about his photography from the set of the miniseries  Lonesome Dove and how, as a photographer, he wanted to capture the essence of characters and how they and the actors were one. He also describes the unpredictable weather and the remarkable sense of purpose that the cast and crew shared during the production.  The interview helps you understand more about who Bill was and how much he loved doing what he did.

Listen to part 1 of the Bill Wittliff interview here.

Listen to part 2 of the Bill Wittliff interview here.

Perhaps most remarkable are Sumner’s interviews with foreign film directors like Héctor Babenco, who was born in Argentina, but resides in Brazil. He made a powerful film called Caradiru about prisoners in Brazil and the trauma they go through, in particular in the Carandiru Penitentary and the Carandiru Massacre of 1992.  Babenco says he makes films like this so the audience can learn from them and see what life is like in other countries. He talks about his hometown of Buenos Aires, and the politics in Brazil.

Listen to part 1 of the Héctor Babenco interview here.

Listen to part 2 of the Héctor Babenco interview here.

Listen to part 3 of the Héctor Babenco interview here.

Jessica Henriquez is a Junior, English major from Houston, TX.