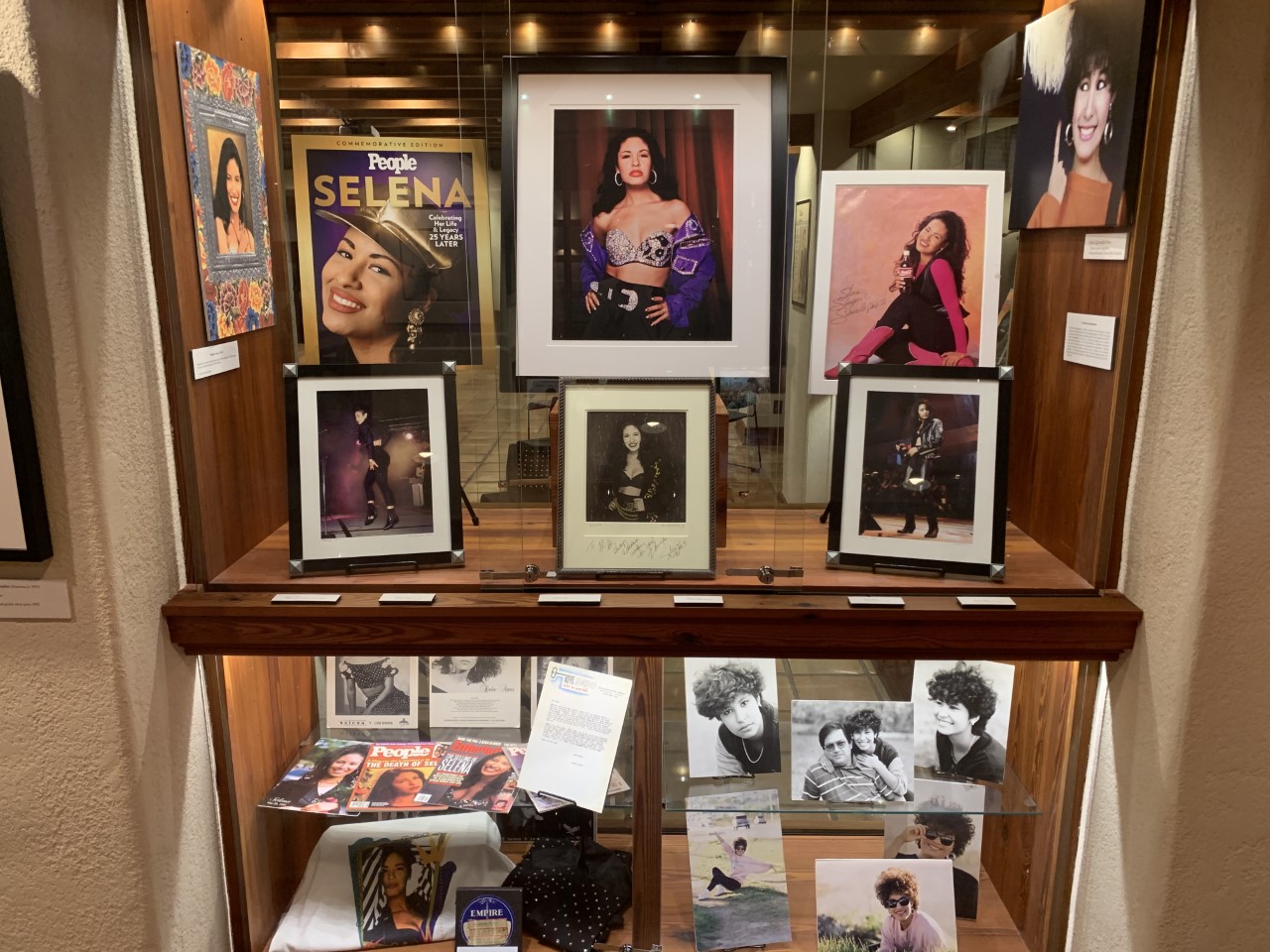 “It was just a couple of quick snaps,” recalled Rendon, 65. He’s taken some of the most iconic photographs of the Tejano queen in concert, for album and magazine covers, publicity shots, as well as for advertisements.

It’s not exactly clear when this photograph was taken. It’s on display during Hispanic Heritage Month in the La Avenida gallery at The Wittliff Collections at Texas State University in San Marcos. Most likely, it was taken in early 1990 in San Antonio – possibly, the year before.

This is the first time the photo has been published or on display.

Selena, on the ascent, was still relatively unknown to the mainstream. It was only the second time that Rendon had seen her perform.

“She was unknown at the time, but I knew she was going to be big,” Rendon added. “She was great.”

There are some clues about the image.

Selena is clearly under the spell of “Rhythm Nation 1814” era Janet Jackson and is bringing that hip vibe into the cumbia-pop act.

Her fashion statement is similar to the way she looked for the album cover photo for “Ven Conmigo” (EMI Latin). Recorded between 1989-90, the hit record was released on October 6, 1990.

Rendon came across the photo when looking for images of comedian Paul Rodriguez. His recollection is that Selena y Los Dinos opened the show for Rodriguez at the University of the Incarnate Word.

“I feel like there are more pictures (from that gig),” said Rendon. “But I haven’t been able to find them.”

The Selena display case includes a hand-tinted photo by Rendon with an inscription from the singer to the photographer. Several other Rendon photos of Selena are on display, as well as Selena photographs by Ramon Hernandez and John Dyer.